Waking the Giant - How a Changing Climate Triggers Earthquakes, Tsunamis and Volcanoes 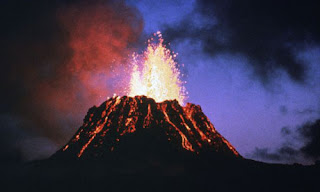 Bill’s new book - Waking the Giant: How a Changing Climate Triggers Earthquakes, Tsunamis and Volcanoes - explains how climate change is profoundly affecting the earth’s geology. Put simply, there are now more earthquakes, eruptions and tsunamis because the planet is getting extremely hot under the collar!

It was a scary talk - primarily because his starting point is that catastrophic climate change is now inevitable. But he also listed a whole series of local dangers threated by the earth's rising temperature.

For example, there's a huge glacier meltwater lake in the mountains of Tajikistan - Lake Sarez - that started forming after a landslide in 1911. It's about to burst its banks. When it does - and Bill was very clear that it will - 5.5 million people will be at risk of death by drowning. Everyone knows. Nobody is doing anything about it because, says Bill, Tajikistan is poor. 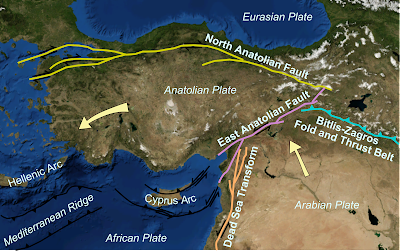 Meanwhile, Istanbul is set to experience a terrible earthquake in the not too distant future. The North Anatolian Fault (see map above) has been quaking on average every six years since 1939 like a line of dominoes from the east of the country all the way to Istanbul. The only section of the fault still to blow is Istanbul - home to 11 million people.

See here for a piece Bill wrote in The Guardian recently.
Posted by Alexis Rowell at 13:00 No comments:

"Seeds of Freedom" - the truth about seed, about African famine and about the intentions of big agri-businesses

Global agriculture has changed more in our lifetimes than in the previous 10,000 years. But as with all change, conflicts of interest have arisen. Nowhere is this conflict more poignant than in the story of seed. A new film from the African Biodiversity Network (ABN) and the Gaia Foundation, narrated by actor Jeremy Irons, is set to explode pervasive myths about agriculture, development and Africa's ability to feed herself. At the heart of the film Seeds of Freedom is the story of seed and its transformation into the property of agri-business.

Africa is under growing pressure to turn to hybrid seeds, fertilisers, pesticides and Genetically Modified Organisms (GMOs). Only last month, President Obama launched the New Alliance for Food Security and Nutrition, which will see the combined forces of agribusiness giants Monsanto, Syngenta, Cargill, DuPont and Yara investing $3 billion into creating new markets in Africa, amidst claims that this will solve hunger and malnutrition. The enormous wealth and diversity of locally-adapted seeds and farmer knowledge is ignored, undermined and eroded by policy makers. Increasing biological and agricultural diversity has been at the centre of food production, culture and spirituality for every traditional culture on earth, since the beginning of human history. Our ancestors had good reasons: they knew that greater diversity in their crops gave them better nutrition and resilience to the many challenges of farming, from weather, pests and soil variations. As Muhammed, a traditional farmer from Ethiopia says in the film, "Seed is our life. Our livelihoods depend on it. One variety is not enough for us. If we lose that, we are lost."

See here for the trailer of Seeds of Freedom:

And see here for voices, including mine, speaking in support of this important film's message.
Posted by Alexis Rowell at 13:00 No comments:

Trident renewal being forced through on the sly 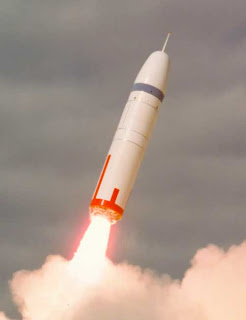 Defence Secretary Philip Hammond has awarded a £1bn contract to Rolls Royce to work on nuclear reactors for the next generation of British Trident submarines, despite the fact that a decision on renewing the nuclear deterrent is not supposed to be taken until 2016. That's a scandal. Even Tony Blair acknowledged in his memoirs that Trident was pointless.

Caroline Lucas, MP for Brighton Pavilion and leader of the Green Party of England and Wales, said: "The Defence Secretary's announcement of a £1bn contract to include the development of reactors that will power the as-yet-unauthorised next generation of nuclear submarines raises yet more urgent questions about the profligate spending habits of the MoD - and the Coalition's cowardice on a crucial political issue.

"The Government chose to delay the decision on replacing Trident until after the next election in order to prevent a major Coalition fall out - and now the taxpayer is having to stump up for technology that may not even be needed, while our public services take the hit from austerity. 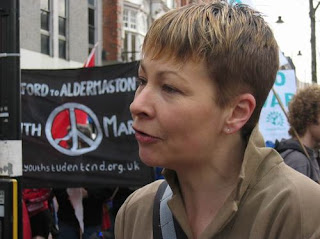 "If the Government is determined to plough ahead with this spending spree, then ministers must give some assurances that it will be able to negotiate its way out of these expensive contracts if the decision is taken not to renew Trident."

Lucas added: "In his statement today, Philip Hammond clearly implies that he believes Trident is necessary for national security - despite the doubts already expressed by some in the military about whether upgrading what is essentially a Cold War nuclear weapons system is the right defence solution for the future.

"This insidious attempt to pre-empt Parliament's decision seriously undermines our democratic system, and sends out a worrying signal to the rest of the world about the UK's commitment to nuclear disarmament."
Posted by Alexis Rowell at 18:09 No comments:

Petition to save onshore wind 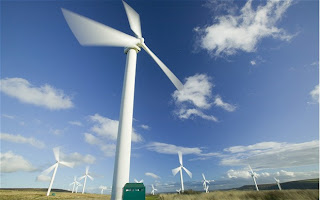 It may not have been very summery weather recently but at least wind turbines across the UK have been generating clean energy. However future electricity supplies from wind power could be in danger if George Osborne gets his way and slashes subsidies for onshore wind farms too fast. Forecasts for the amount of power the solar industry will produce over the next few years have been cut in half since the government reduced the Feed-In Tariff. Please sign this petition to stop the Chancellor from doing the same to onshore wind.

Posted by Alexis Rowell at 17:52 No comments:

Do we need a Camden Pound?

Now and again over the last few years I've been involved in discussions about whether Camden should follow Totnes, Lewes, Stroud, Brixton, and now Bristol,  down the road of introducing a local currency. See here for an excerpt from the film Transition 2.0 where Rob Hopkins, one of the founders of the Transition movement, explains the benefits:

The Totnes Pound was the first local currency of the Transition era. It was launched in March 2007 and was convertible one-to-one with the pound sterling. 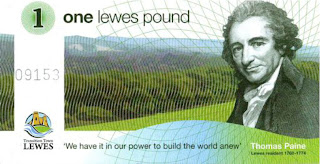 Lewes was next in September 2008 (although they did have a local currency from 1789 to 1895!) The big difference from Totnes was that Lewes had their currency printed on high security paper with watermarks, serial numbers and other hidden security features so Lewes Pounds looked and felt like real money. Earlier this year the Lewes Pound organisers introduced a cashback scheme whereby those using Lewes Pounds would be given “free” Lewes Pounds when they spent a minimum amount.

The Stroud Pound was launched in September 2009 and introduced the concept of demurrage, where the currency reduced in value by 3% every six months to encourage people to use it. At the end of a six month period, holders of Stroud Pounds need to buy a special stamp to stick on their notes if they want to use them. In February of this year the directors of the Stroud Pound introduced an additional incentive – when you exchange £10 sterling you get 11 Stroud Pounds. 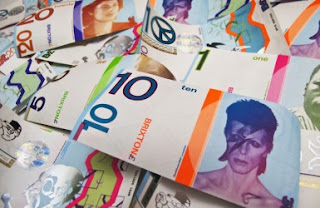 The Bristol Pound, which is due to be launched this summer, has been enthusiastically supported by Bristol Council. The currency is to be issued by the Bristol Credit Union and will be accepted for payment of business rates by the council.
Posted by Alexis Rowell at 16:45 No comments:

In case you haven’t seen them yet, here are the Green Party headlines from the London Mayoral and Assembly elections:
Not a bad day at the office for the Greens, I’d say!
Posted by Alexis Rowell at 12:36 No comments:

Support Green Party policies on social justice and the environment, elect more Greens to the London Assembly and sack Boris! 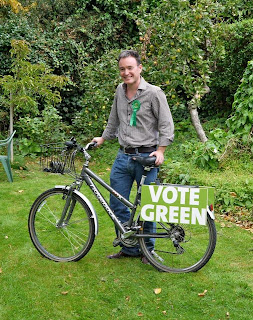 The Green Party's main aim is to win more seats in the London Assembly. This is the body that scrutinises the Mayor. The Assembly can also propose policies. For example, it was Green Assembly Members who proposed the idea that London needs a Living Wage above the national minimum wage. All the other parties now agree with this policy.

We currently have two London Assembly Members - Jenny Jones and Darren Johnson. We’re hoping to have four by the end of this campaign, including Camden Green Natalie Bennett.

Your second vote in the Assembly election - the orange ballot paper - is where the Greens can pick up seats.

The orange ballot paper is for the London-wide party list. That’s where you choose a political party rather than a candidate. It’s a proportional or fair votes system because if the Greens win 15% of the votes cast in the party list election, then we win 15% of all the seats in the London Assembly.

Although we think she’s the best candidate, the Green Party isn’t expecting Jenny Jones to win the Mayoral election. The winner will be either Ken or Boris. But here’s how you can support Jenny AND stop Boris...

The Green Party is recommending that you vote for Jenny 1st then Ken 2nd because Ken did much more for London when he was Mayor than Boris has done. Ken’s current manifesto is also much closer to ours.

Please don’t make the mistake of thinking that to stop Boris you have to vote for Ken 1st, then Jenny 2nd. If you do that, your vote for Jenny won’t be counted.

If you want to see more Greens in the London Assembly, proper scrutiny of the Mayor and more Green policies coming out of City Hall, then please put your cross in the Green Party box on the London-wide party list (the orange ballot paper). Thank you!
Posted by Alexis Rowell at 23:55 1 comment:

Caroline Lucas in The Guardian on shale gas

"The Department of Energy and Climate Change report recommending that shale gas exploration be allowed to continue says nothing about water and air pollution, nor the consequences of shale on renewables and our efforts to tackle climate change. 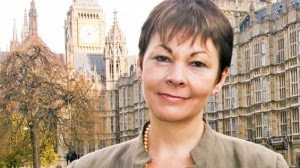 "The UK is the richest country in Europe in renewable energy potential, but the new focus on gas threatens to displace investment in those renewables, making it even harder to achieve our targets and nurture this jobs-rich sector. A number of studies have shown the overall climate impact of shale gas to be as great as that of coal..."

Read more in The Guardian here.

And my personal take on shale gas here.
Posted by Alexis Rowell at 10:17 No comments:

Alexis Rowell
I run a climate change and peak oil consultancy called cuttingthecarbon (cuttingthecarbon.com). I'm also the News Editor of the new Transition Free Press newspaper (transitionfreepress.org). In my spare time I teach permaculture and help out at the Transition Belsize food growing sites at the Royal Free Hospital and the Premier Inn Hotel (transitionbelsize.org.uk). I'm also the Joint Coordinator of CamdenCAN (the Camden Climate Action Network - camdencan.org.uk), which acts as an umbrella for all the environmental groups working in Camden. And I'm a member of the Green Party, Amnesty International, Greenpeace, the Soil Association and Friends of the Earth.